What is Indium Phosphide?

Indium Phopshide (InP) is a binary semiconductor composed of Indium (In) and Phosphorus (P), belonging to a group of materials commonly known as III-V Semiconductors. InP is used in high power and high-frequency electronics and boasts a superior electron velocity in comparison to more common semiconductors such as Silicon and Gallium Arsenide.

It’s direct band gap also makes it useful in the production of opto-electronic devices such as laser diodes.

Indium Phosphide has a face-centred cubic crystal structure almost identical to that of GaAs and most of the lll-V semiconductors.

InP wafers must be prepared prior to device fabrication, all III-V wafers must be lapped to remove surface damage that occurs during the slicing process. Wafers are then Chemically Mechanically Polished/Plaranrized (CMP) for the final material removal stage allowing for the attainment of super-flat mirror like surfaces with a remaining roughness on an atomic scale. The wafer is then ready for device fabrication.

Logitech systems can typically produce InP wafers with a TTV of 1-3μm. 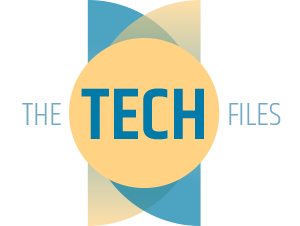 Expert news and views to help sharpen your cutting edge

DIAMONDS ARE AN ENGINEER’S BEST FRIEND

In recent years, diamond has emerged as not only a girl’s best friend, but also as contender as an engineer’s best friend – if the technical challenges of exploiting its remarkable properties can be overcome.

THE END OF THE CHIP FOR SILICON?

Silicon-based semiconducting integrated circuits have changed the world immeasurably over the past 50 years. Today the number of silicon chips in use far outweighs the number of humans currently alive.

The wafers used to make semiconducting chips for electronic devices all have one thing in common – they need to be smooth – super smooth. Typically, wafer flatness needs to be controlled within ±2 μm.